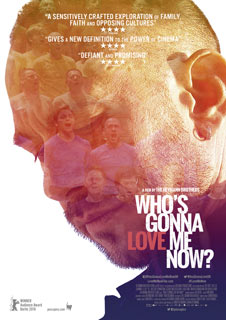 Saar is an HIV positive gay man and ex-Israeli Paratrooper living in London, where he found refuge from the religious kibbutz where he grew up in Israel. Ever since he was diagnosed with HIV, Saar has craved his family’s love, while they struggle with fears and prejudices.

Saar and the rest of the London Gay Men’s Chorus provide a glorious soundtrack for this documentary about the power of forgiveness and the power that home has, no matter how far we go.

Hosted by Julian Clary, with a Q&A and performance by the London Gay Men’s Chorus that will stream live via satellite from the Barbican, London on 2 April at 4pm.

Who’s Gonna Love Me Now? celebrates the triumph of love over hate, of understanding over ignorance and the melding of cultures that traditionally view each other as extreme. This isn’t Saar Moaz’s singular journey, it is a monumental trek undertaken by his entire family and a poignant life story that echoes far and wide.