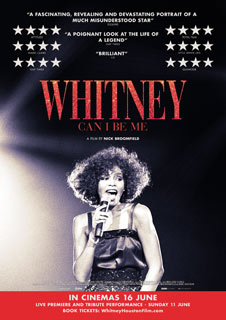 WHITNEY ‘Can I Be Me’

Dogwoof proudly presents the premiere of WHITNEY ‘Can I Be Me’. Whitney Houston was the epitome of superstar, the most awarded female artist ever. Even though Whitney had made millions of dollars, had more consecutive number ones than The Beatles, and became recognized as having one of the greatest voice of all time, she still wasn’t free to be herself and died at just 48 years old. WHITNEY ‘Can I Be Me’ tells Whitney Houston’s incredible and poignant life story with insights from those closest to her.