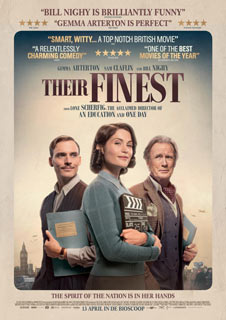 A British film crew attempts to boost morale during World War II by making a propaganda film after the Blitzkrieg.
On Saturday 13th at 7:30pm viewers of Their Finest will be treated to a live introduction from the film’s producer Stephen Woolley. Stephen’s Producing credits range from ‘Carol’ and ‘Youth’ to ‘Interview with the Vampire’ and ‘The Crying Game’ for which he won a BAFTA, amongst other awards. Welcome to the Curzon Stephen!