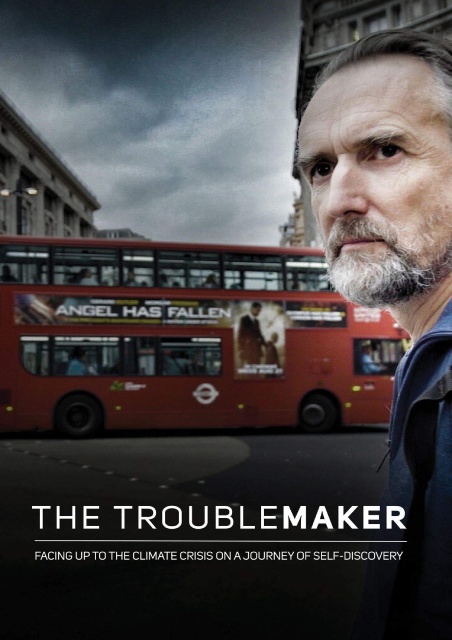 ‘The Troublemaker’ delves deep into the ideas and emotions behind the international wave of civil protest, born in the face of the unfolding planetary crisis.

The film follows the personal awakening of two people as they learn to accept the reality of climate breakdown and ecological collapse and decide to do something about it.

Through the eyes of a controversial leader who started a rebellion, and a previously law abiding citizen inspired to take action, ‘The Troublemaker’ aspires to stir the audience from a passive resistance based around ‘consumer choices’ and ‘voting allegiances’ to a life affirming defence of our future, invigorated by direct action and collective participation.

This film will be followed by a panel discussion, debating different perspectives on climate activism and how to effectively protest in the modern world. Joining us in this discussion will be the film’s Director and Clevedon resident Sasha Snow, Dr Oscar Berglund and Councillor Lily Fitzgibbons.

Sasha Snow has spent the last 20 years making films that explore our fractured and self-destructive relationship with the natural world. Often working on the boundaries of documentary and fiction, his films have taken audiences into the hearts and minds of those charged with both destroying and defending our future.

Dr Oscar Berglund is a lecturer in International Public and Social Policy at the University of Bristol. He researches, teaches and writes about climate change activism and civil disobedience. Last year he published the book Extinction Rebellion and Climate Change Activism, which critically explored some of XR’s claims, demands and tactics.

Lily Fitzgibbon is a Green Counciler for Bishopston/Ashley Down and a trustee on the board of Bristol Youth Strike 4 Climate, organisers of Greta Thunberg’s visit to Bristol in 2020. At 18 years old she is the youngest ever councillor for the city of Bristol.