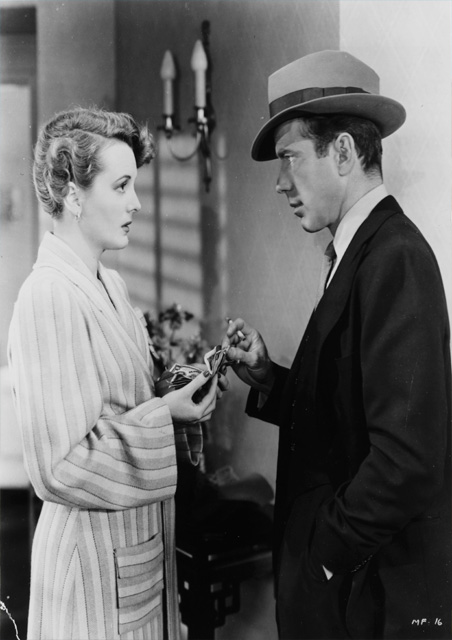 After two previous film versions of Dashiell Hammett’s detective classic The Maltese Falcon, Warner Bros. finally got it right in 1941–or, rather, John Huston, a long-established screenwriter making his directorial debut, got it right, simply by adhering as closely as possible to the original. Taking over from a recalcitrant George Raft, Humphrey Bogart achieved true stardom as Sam Spade, a hard-boiled San Francisco private eye who can be as unscrupulous as the next guy but also adheres to his own personal code of honor. Into the offices of the Spade & Archer detective agency sweeps a Miss Wonderly (Mary Astor), who offers a large retainer to Sam and his partner Miles Archer (Jerome Cowan) if they’ll protect her from someone named Floyd Thursby. The detectives believe neither Miss Wonderly nor her story, but they believe her money, and so a smoke filled story unfolds or decieipt, double crossing and a jewel encrusted falcon.

Presented by Film Noir UK for the film’s 80th Anniversary.

Restricted: Social distancing will be in place in the auditorium for this film.