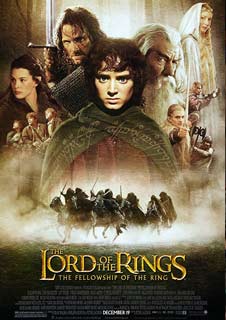 The Lord of The Rings Trilogy Marathon

After the raving triumph of last year’s Harry Potterthon we bring you a day (and night) of the definitive fantasy trilogy. Bringing the fantasy genre into the mainstream in the early 2000s Peter Jackson’s film adaptation of J.R.R. Tolkien’s beloved novels not only inspired a world of wonder in hearts and imaginations across generations, but provided a blueprint for blockbuster film of the 21st century with it’s commercial and artistic success.

Now 17 years after the release of The Fellowship of the Ring we bring you the chance to watch all three extended editions of Jackson’s adventurous epic, one after another, on the big screen in all its glory.

Starting at midday The Fellowship of the Ring and The Two Towers will be followed by a 30 minute interval as well as a 15 minute interval half way through The Return of the King, finishing around half past midnight. Dressing up very much encouraged!