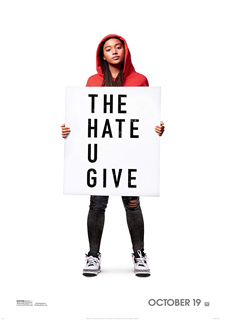 The Hate U Give – Clevedon Literary Festival

Starr Carter, an African-American teenager, faces pressure from various communities and tries to stand up for what is right after she witnesses the shooting of her best friend by the police. Elegantly dealing with themes of racism from the perspective of a modern teenager, The Hate U give also empathises with the universal struggles of growing up faced by every adolescent.

This screening will be followed by a discussion on the topics of the book of the same name, in collaboration with Cargo Movement (Bristol) and Clevedon School English department.

The Hate U Give is bought to you as part of Clevedon Literary Festival – More Than Words.