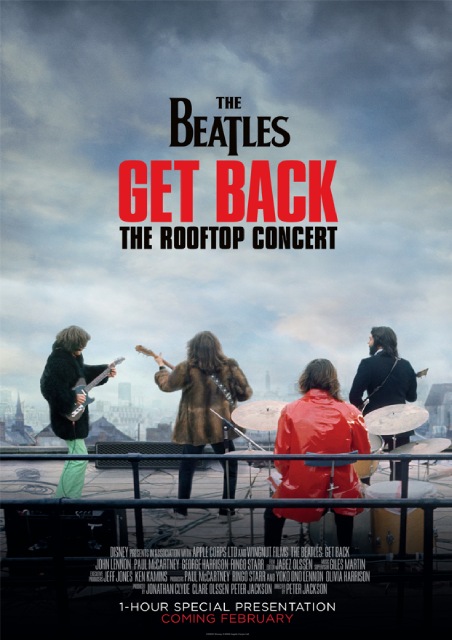 The Beatles: Get Back: The Rooftop Concert

The Beatles’ unforgettable final concert on the rooftop of Apple Corps’ Savile Row headquarters on January 30, 1969, an exclusive opportunity to see this legendary gig.

Coming off their groundbreaking 1968, self-titled, double album (aka ‘The White Album’) the group found themselves looking to take a break from the complexities of studio composition, in favour of a return to their live roots.

Sessions for their new album began tumultuously on a sound stage at Twickenham Film Studios, with a view for the resulting album to be broadcast live as a television concert. With life pulling the four in different directions, and trouble rehearsing on the hectic environment of a film set, George Harrison left the group in frustration for five days. After being persuaded to return, the group moved to the newly built Abbey Road studios to write and record in a more relaxed environment, bringing in their old freind from Hamburg, Billy Preston, on keyboards.

With Paul still eager to launch the album with a live show, the four finally settled on the iconic location for their last hurrah, the roof. Recordings from the live show and the Abbey Road recording sessions resulted in the last two albums The Beatles ever released: Abbey Road and Let It Be.

Watch the live roof show in it’s entirety for the first time, on our big screen with our state of the art surround sound system. With trademark wit, style and energy the group’s live performance proves a timeless reminder why The Beatles may just be the greatest band ever.

Bonus gems to look out for: Road Manager Mal Evans attempting to delay the Metropolitan Police from getting up to the roof in any way he possibly can “sorry officer I’ve lost the key”. The wonderful mix of public interviews, from the “I think it’s wonderful’s” to “what a bloomin racket’s” and Paul’s face when the police finally make their way up to their makeshift stage.