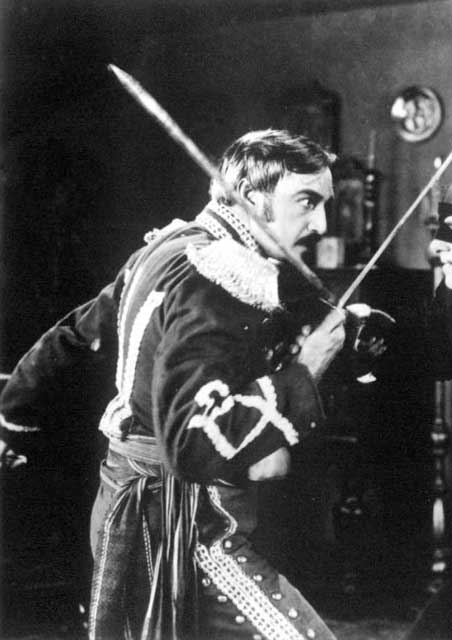 Classed as the world’s first action-adventure film, Fred Niblo’s The Mark of Zorro (1920) not only gave birth to a genre but established a new persona for star Douglas Fairbanks. Just like Fairbank’s masked hero the film catapulted him from standard film actor to one of Hollywood’s first super stars. Elements of the film and Fairbanks’ portrayal would later inspire Bob Kane’s most famous of heroes, Batman.

Set in Spanish California Fairbanks portrays Don Diego Vega, a comically effete young nobleman with a taste for tasselled sombreros and juvenile silk-hanky magic tricks. But when danger calls, Diego swathes himself in black, straps on a well-honed sword and storms the countryside as the mysterious Zorro. Slicing his initial into the faces of the “sentinels of oppression” and pausing only to boldly romance the woman (Marguerite De La Motte) to whom his shy alter-ego can hardly summon the courage to speak.

The Mark of Zorro is an uplifting escape adventure with the thrills which would be copied the world over throughout the rest of the history of cinema. This special screening is co-produced with South West Silents and will have live musical accompaniment with musician and broadcaster Neil Brand.

Doors open at 7pm for this event before it starts at 7.30pm.