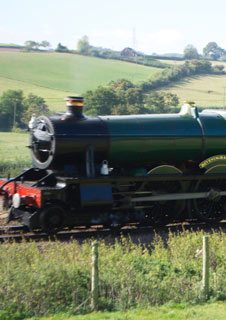 Somerset in the Age of Steam

Flickering colour film of a steam hauled train pounding up to the Mendip coalfield. Old film of one of the last steam trains carrying waving holiday makers to Minehead, before Dr Beeching axed the line. A dramatic film of the brutal end of the line from Taunton to Barnstaple. These and films about working and home life in Somerset made by enthusiasts, take us back to a world that disappeared along with the passing of the old steam railways.

Luckily for us some home movie makers captured these worlds before they vanished and David Parker has spent half a lifetime making television programmes that bring them back to life. He will be showing some of the clips and talking about some of the evocative films that capture a way of life long gone.