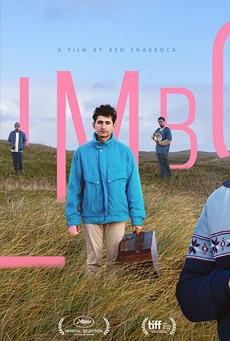 Nominated for Outstanding British Film and Outstanding Debut at the 2021 BAFTA Film Awards, Ben Sharrock’s LIMBO is a wry, funny and poignant cross-cultural satire that subtly sews together the hardship and hope of the refugee experience. Set on a fictional remote Scottish island, it follows a group of new arrivals as they await the results of their asylum claims.

An offbeat observation of the refugee experience. On a fictional remote Scottish island, a group of new arrivals await the results of their asylum claims. Among them is Omar, a young Syrian musician burdened by the weight of his grandfather’s oud, which he has carried all the way from his homeland.

This screening will be followed by a recorded Q&A with Director Ben Sharrock and the cast.