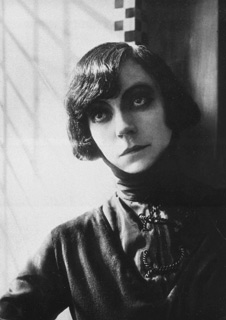 Starring the gorgeous Danish siren of the silent screen, Asta Nielsen, this adaptation supposes that Hamlet’s inner turmoil centred on being born a girl and having to pass incognito as the male heir to the throne. Visually stunning and tragically fated, this will be a familiar yet novel adaptation for young and old fans of the Bard.

The reviews were ambivalent and criticized the falsification of Shakespeare but praised the acting of Asta Nielsen. Nevertheless the premiere of Hamlet in 1921 was a success. The film became a box office hit and was subsequently released in America.

Presented here in a vibrant new restoration with tinted colour tones, this screening will be accompanied by the wonderful Lillian Henley, experienced pianist at the Cinema Museum in London. A thrilling live experience not to be missed!