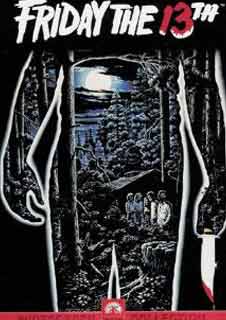 One of the longest-running horror film series began with this gory shocker from director Sean S. Cunningham. Entrepreneur Steve Christie (Peter Brouwer) re-opens Camp Crystal Lake after many years during which it has been cursed by murders and bad luck. The young and nubile counselors all begin to die extremely bloody deaths at the hands of an unseen killer during a rainstorm which isolates the camp. A woman is chopped in the face with an axe, another has her throat sliced in amazingly gruesome fashion, a male counselor (Harry Crosby) is pinned to a door with arrows, and a young Kevin Bacon has an arrow shoved through his throat from below a bed. Friday the 13th made nearly 40 million dollars at the box office and spawned numerous sequels.