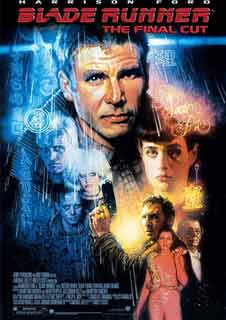 Perhaps more than any other film, Ridley Scott’s iconic sci-fi classic has gripped audiences and inspired passionate and fierce debate for the past 40 years. Based on the novel “Do Androids Dream of Electric Sheep?” by science fiction master Philip K Dick, Blade Runner is a haunting look at reality, memory and mortality set against the dystopian future of LA, 2019.

Rick Deckard (Harrison Ford) is exemplary as the world weary detective and former “blade runner” called out of retirement to hunt and kill four “replicants” led by Roy (Rutger Hauer). These genetically altered humans with superior strength and intellects have returned to earth on a killing spree, determined to meet their maker, Dr. Eldon Tyrell (Joe Turkel).

Please Note: We will be screening the 2007 Final Cut version of Blade Runner; a version which Scott has stated I can now wholeheartedly say that Blade Runner: The Final Cut is my definitive director’s cut of the film.”

Presented by Film Noir UK, the first dedicated film organisation in the UK celebrating the ever-influential world of film noir. With thanks to Film Hub South West, Park Circus and Warner Bros. Pictures.

This screening will have a special intro from Professor Mark Bould (UWE). Scholar Guest of Honor at the 40th Annual International Conference on the Fantastic in the Arts (2019). Winner of the 2016 SFRA Pilgrim Lifetime Achievement Award for Critical Contributions to the Study of Science Fiction and Fantasy. Author of Solaris (2014), Science Fiction: The Routledge Film Guidebook (2012), The Cinema of John Sayles: Lone Star (2009) and Film Noir: From Berlin to Sin City (2005).

Classic films at the Curzon are celebrating 110 years of the Curzon this year!