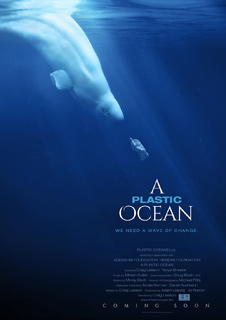 In the center of the Pacific Ocean researchers found more plastic than plankton. A Plastic Ocean documents the newest science, proving how plastics, once they enter the oceans, break up into small particulates that enter the food chain where they attract toxins like a magnet. These toxins are stored in seafood’s fatty tissues, and eventually consumed by us. Accompanied by scientists, conservationists and engineers, the film follows the journey of two explorers as they travel to some of the most remote parts of the world, documenting the environmental issues associated with plastic pollution and its impact on the environment, ecosystems and human health. The film will be followed by a Q&A session featuring the filmmakers and representatives from Surfers Against Sewage and City to Sea.