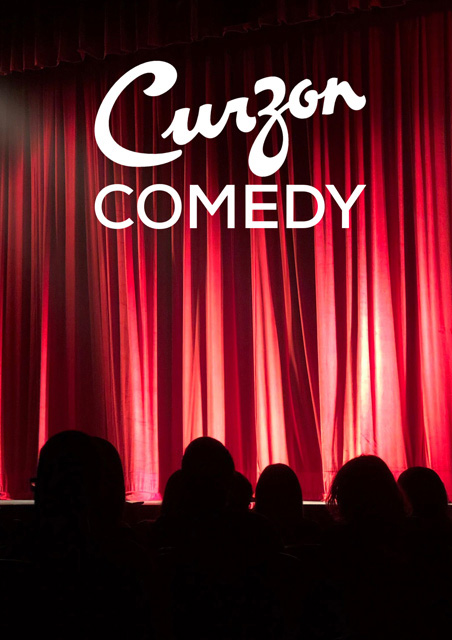 This May four of the best stand ups on the UK circuit will be live on stage at the Curzon delivering a brilliant night of laughter.

An accomplished radio presenter with stage and TV acting credentials (‘Absolutely Fabulous’ BBC, ‘Why the Long Faces’ Square Donkey Productions, and TV warm-up for ‘Deal or No Deal’ Channel 4), Sally-Anne’s confident persona and quick wit have rapidly made her a much sought-after comedian. She’s a regular compere at Glastonbury Festival, and a keenly anticipated turn on the UK comedy circuit.

With a delivery and use of language that is uniquely his own, Danny has been delighting audiences both at home and abroad for over a decade with performances in over 16 countries and six solo shows at the Edinburgh Comedy Festival. He was also the winner of the coveted 2013 Amused Moose Peoples Champion Award for best show.

“A thoroughly entertaining show lots of laughter, great stories and amazing what you can do with spaghetti spoons. 5 stars.” – The Edinburgh Reporter

An award-winning stand-up comedian and writer Tania is a member of The Cutting Edge Team at The Comedy Store. Credits include Stand Up For The Week, Twit of the Year (Channel 4), Mock the Week, Après Ski (BBC2), and The Unbelievable Truth (Radio 4). She was a panellist on The Blame Game (BBC1 Northern Ireland), and a frequent guest on Radio 4’s Comedy Club. She recently supported Katherine Ryan on her sell out tour.

A sensational live performer, Yorkshire man, marathon runner and former (double award-winning) Time Out Comedian of the Year, Paul Tonkinson has long upheld his esteemed reputation as one of the finest stand-ups the UK has to offer. With a unique and distinctive style, Tonkinson is noted for his effervescent physicality and skillful impressions, which bring alive exuberant, tender comic reflections on love, family and the day-to-day idiosyncrasies of 21st century living. A plethora of first class material, combined with tremendous charm and irrepressible, infectious energy make for quite a formidable talent.

On TV you’ll know him from BBC One’s Michael Mcintyres Comedy Roadshow, Comedy Central’s The Comedy Store and The World Stands-up. He was recently a contestant on Ch. 4’s hit show Celebrity Come Dine With Me, proving he’s not just a dazzling stand-up talent, but a whizz in the kitchen, scooping first place to win the cash prize for charity and back in the day, when he was a mere whippersnapper he had a stint presenting Ch. 4’s The Big Breakfast.

Doors open at 7pm to give you a chance to relax in our bar before our fist act kicks off the night at 8pm.

Please note Curzon Comedy may include adult content and language for ages 15+.